If you are a science researcher, learning blender can totally change the way you communicate your science. Blender is an open-source 3D illustration software. Which will help you to make any type of 3D illustrations you want for communicating your research. This workshop is designed for absolute beginners. This three-day workshop will enable you to start using blender through different hands-on  scientific illustration projects.

Yes! I want to learn Blender! 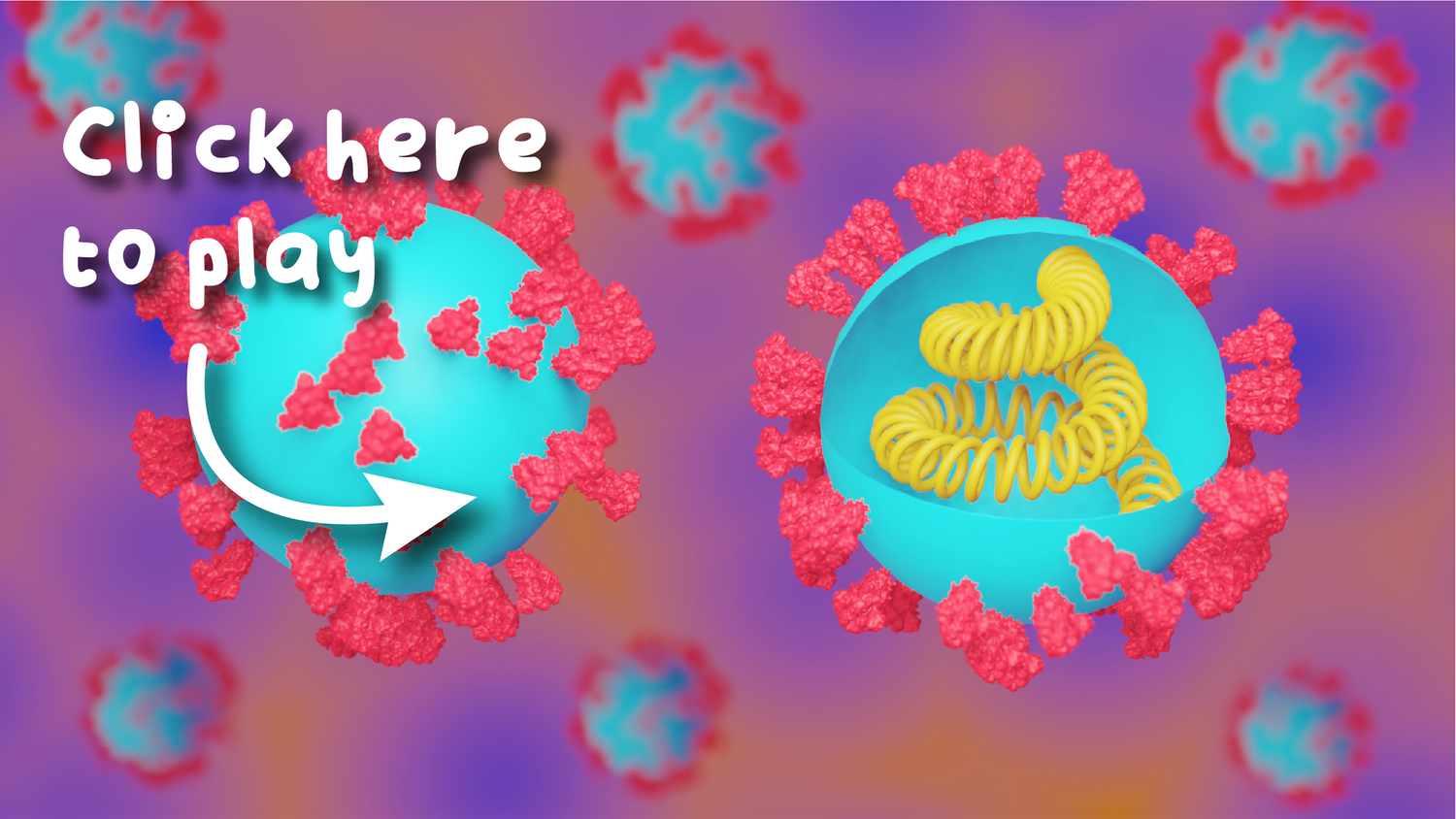 Who is this workshop for ? 👩‍🔬

Being an independant researcher is not easy. Increase the impact of your work with professional quality 3D illustrations.

There is a good demand for science students who can create scientific visualisations in blender. Be unique with your blender skills.

Increase the impact of your science communication articles with stunning graphics

If you are an artist and would like to explore your creativity in science, this workshop will be a perfect start for you. 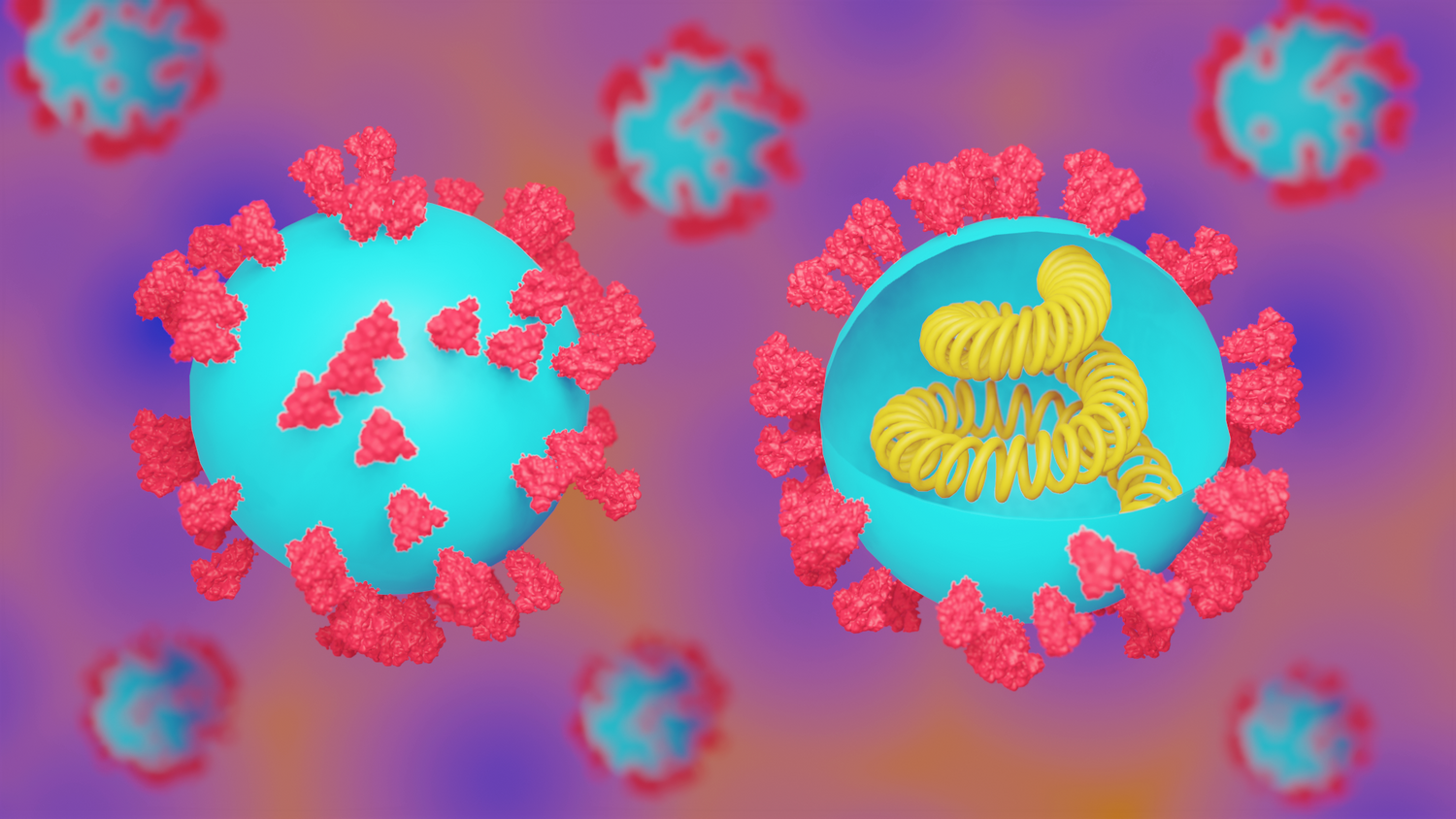 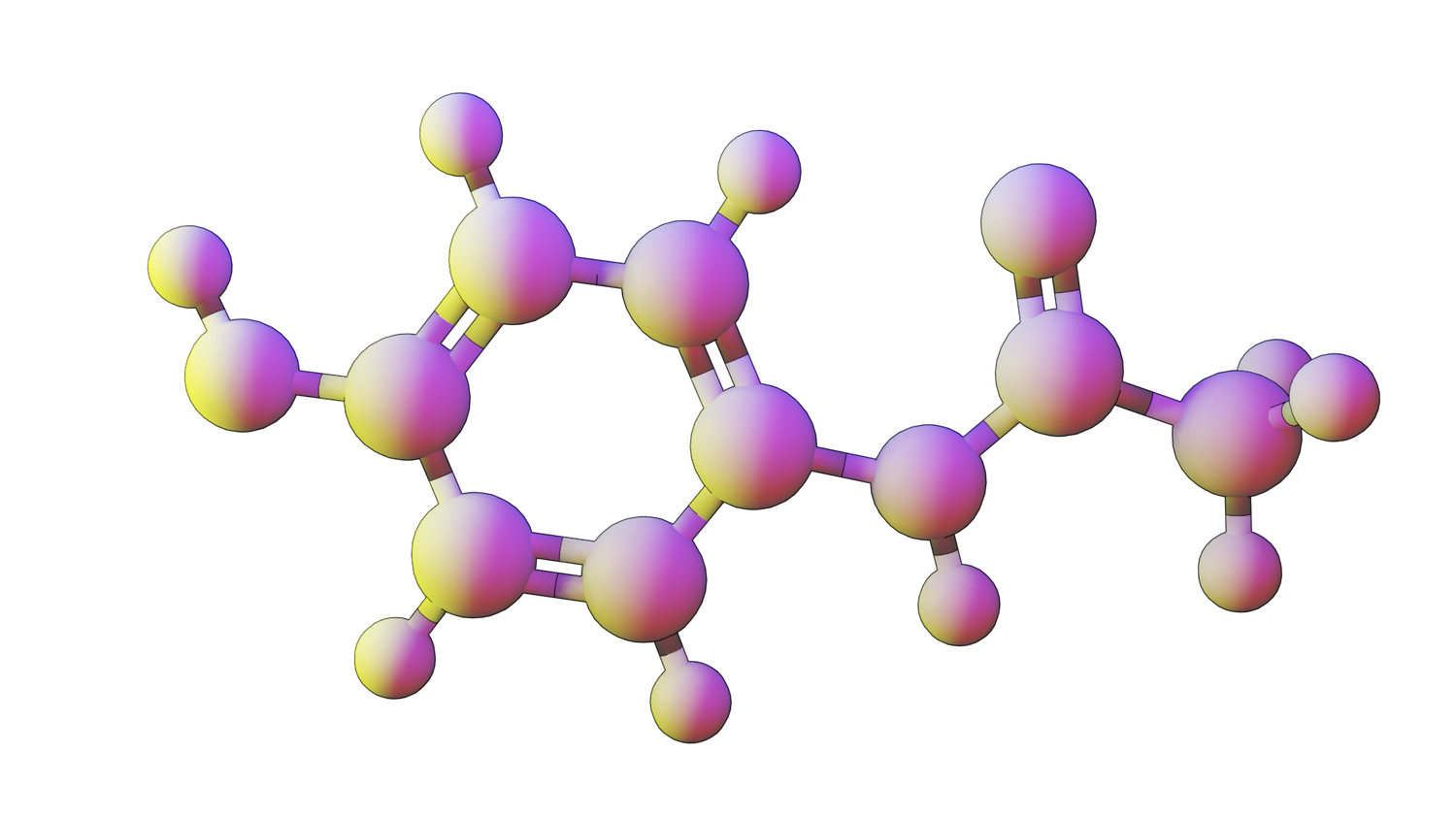 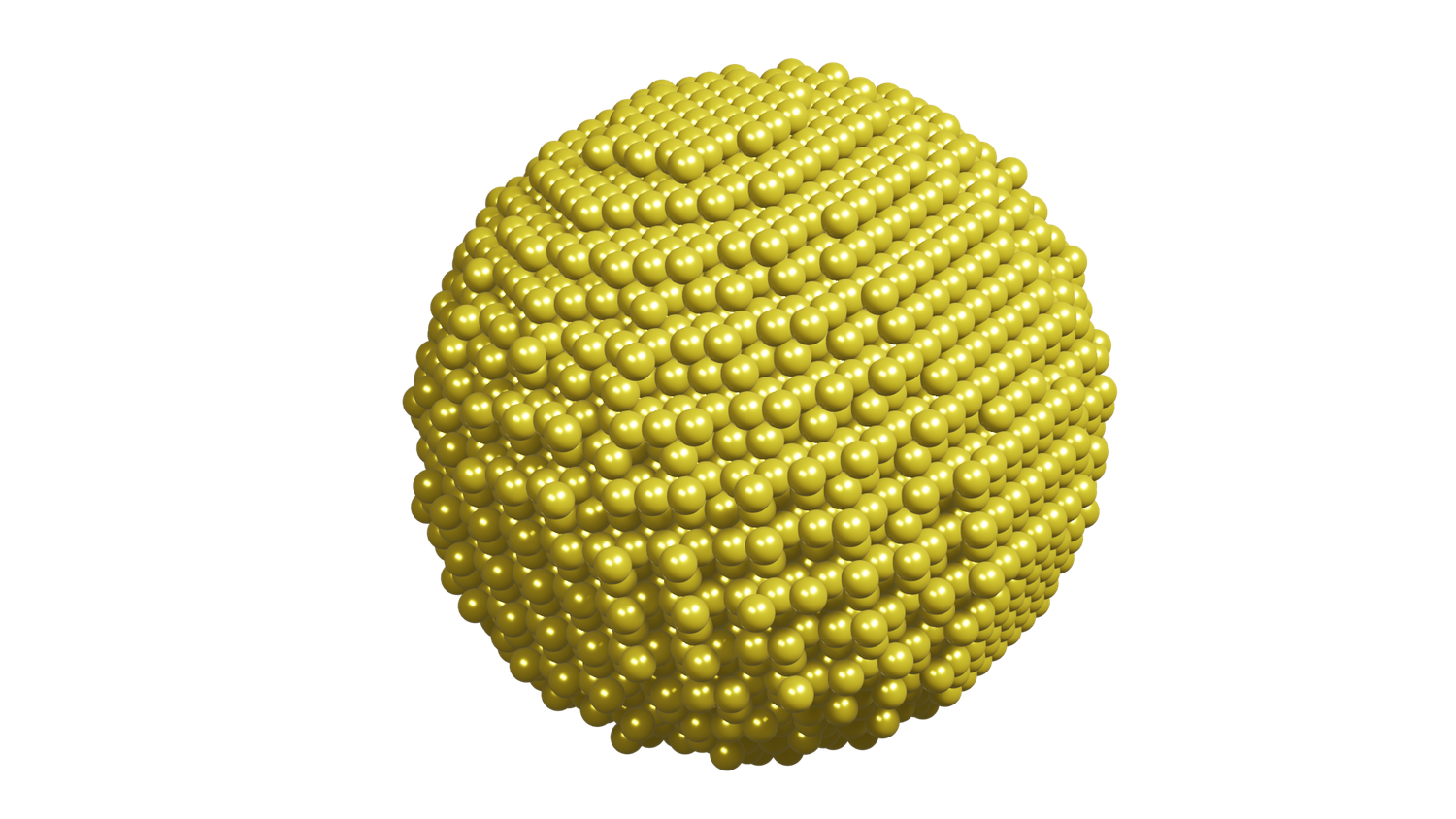 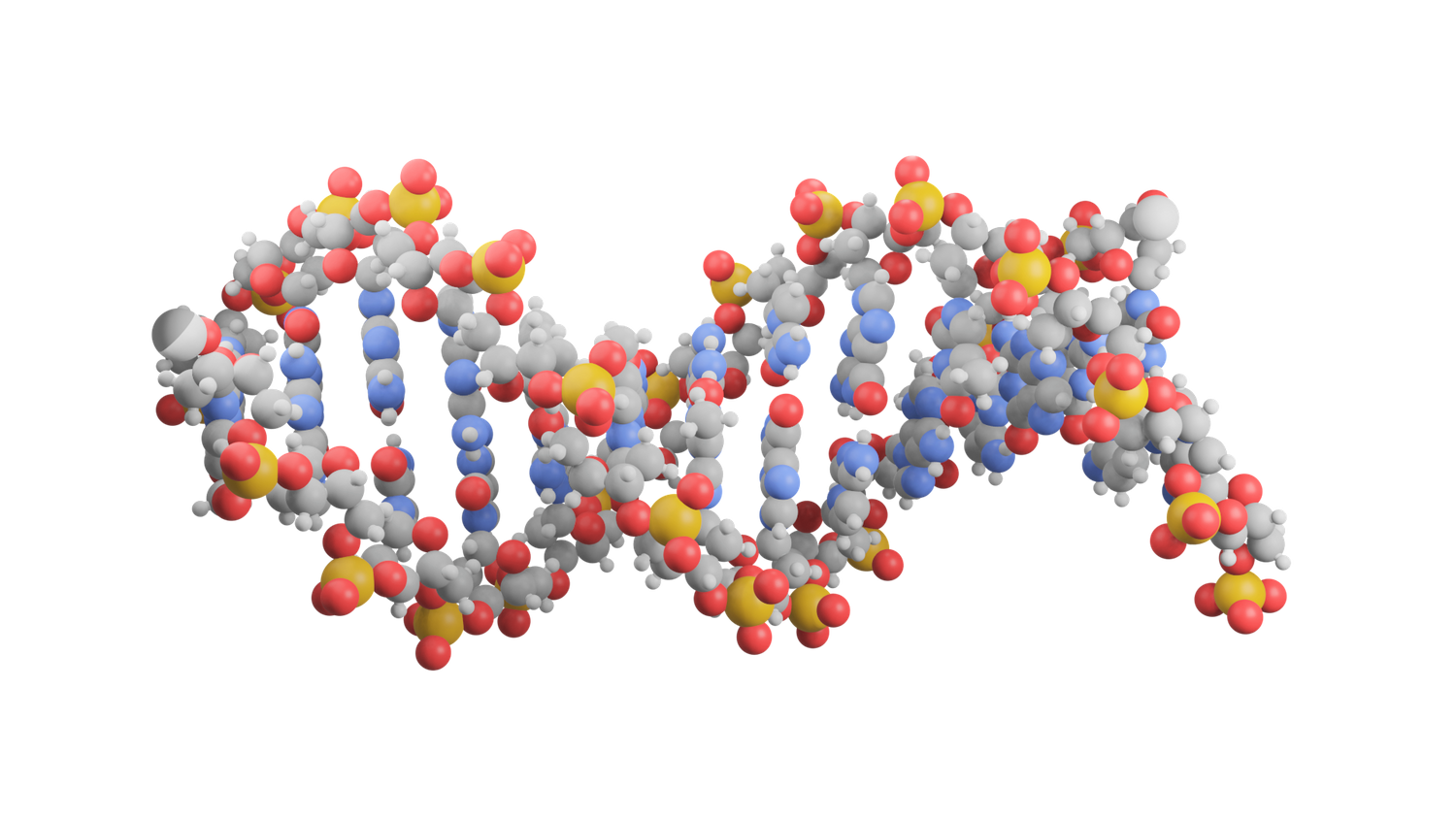 What you will learn?

This workshop will teach everything you need to know to create 3D illustrations for science communication using Blender.

What you can do after this workshop?🚀

Create High-quality 3D Illustrations for Your... 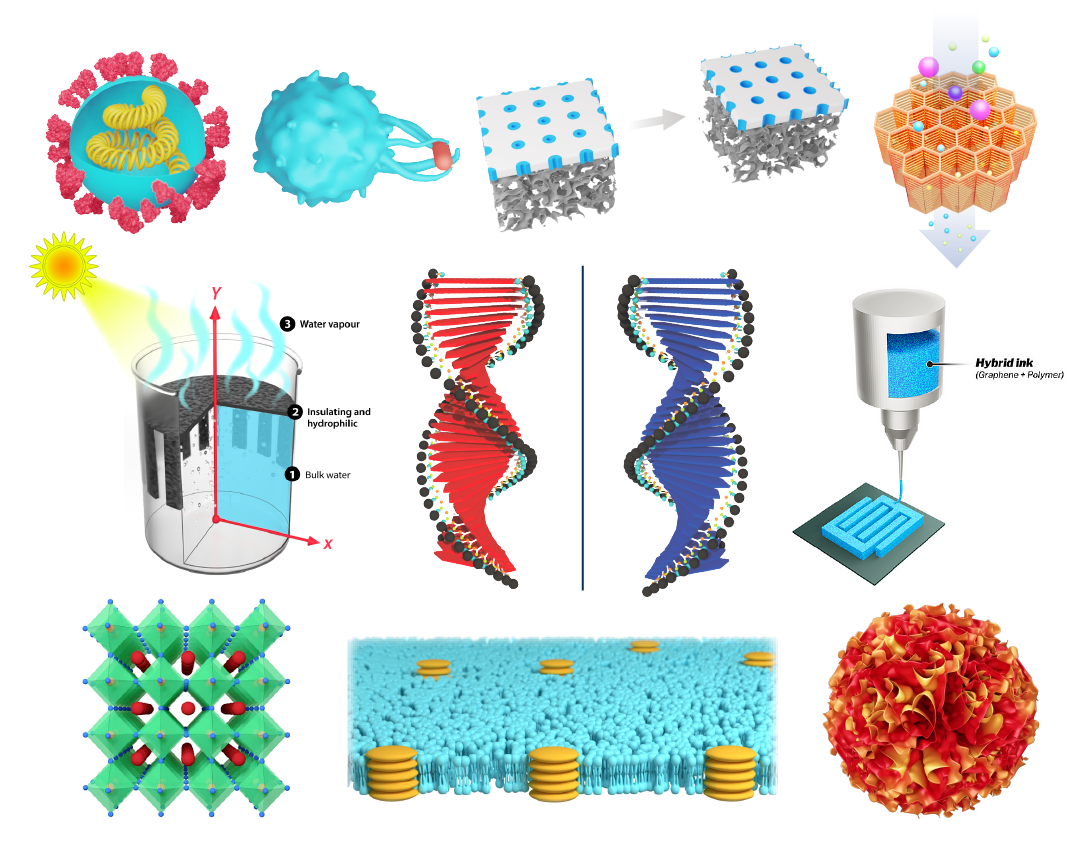 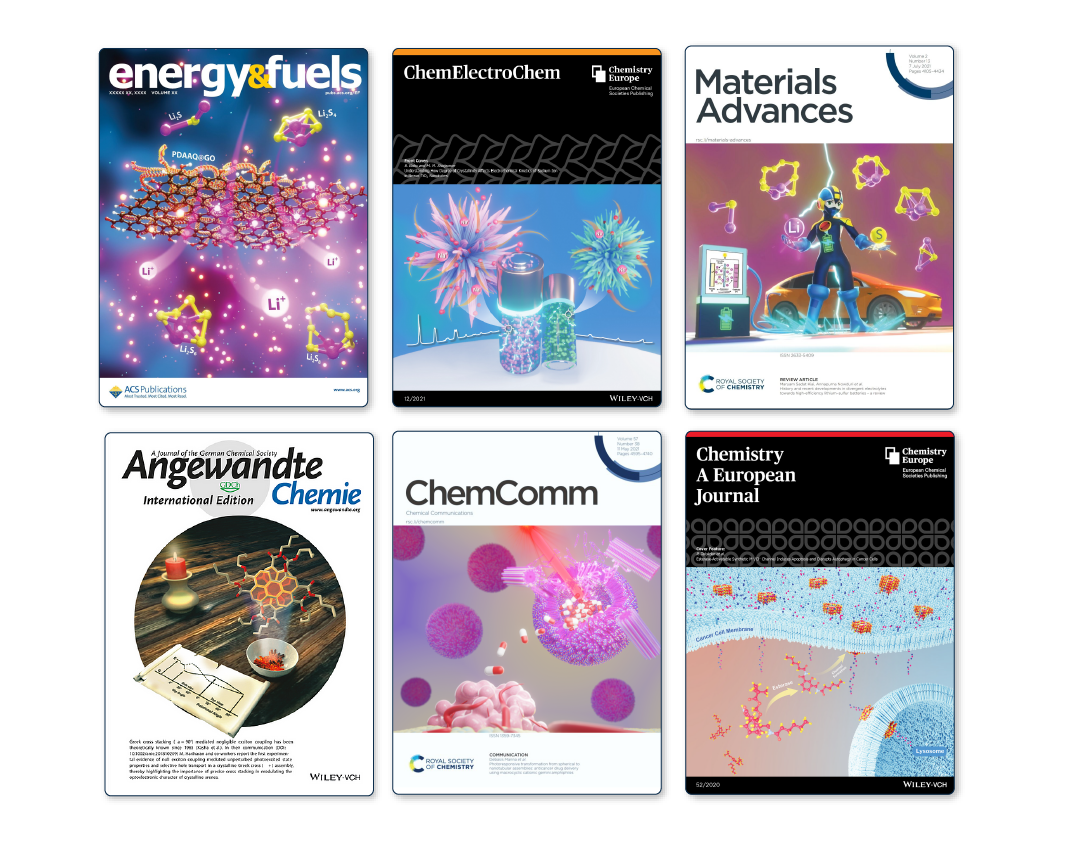 Finding an artist to create a cover art design can be difficult and expensive. With Blender you can create high quality cover art illustrations.

TOC graphic for your research paper is very important. It is the first information someone see about your work when going through the journal.

Increase the visbility to your research with beautiful TOC graphic illustration.

Good illustrations = Higher chance of acceptance for your manuscript! 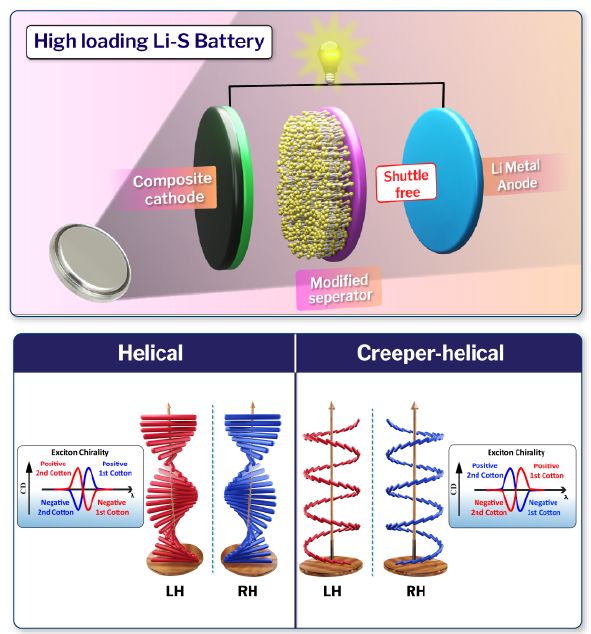 We will have three live sessions during the workshop where the instructor will share valuable informations about using blender for science visualization. Also, your questions will be answered during a Q/A live session.

You will be doing multiple scientific illustration projects during the workshop. Which will help you learn the process and gain confidence to explore further on your own.

You will receive feedback on your project submissions from the instructor.

Our telegram gorup will remain active. You can share your work and get feedback from other participants in future.

You will get access to many scientific 3D models without any additional costs. Which you can use for any purposes without attribution.

When you follow the tutorials, if you face any problems, you can post your question in our slack channel. You will get immediate response from the instructor.

Here’s How the Workshop Will Go!!

The main focus will be on the projects. You can finish the project 1 and 2 at your convenient time during these three full days.
You will get a login ID and password to use our learning platform where you can access all learning materials including recordings of live sessions. Don't worry, you will get live support from the instructor if you have any questions while doing the projects.

Feedback to your submission

Watch this video, if you would like to know more about Blender  👇 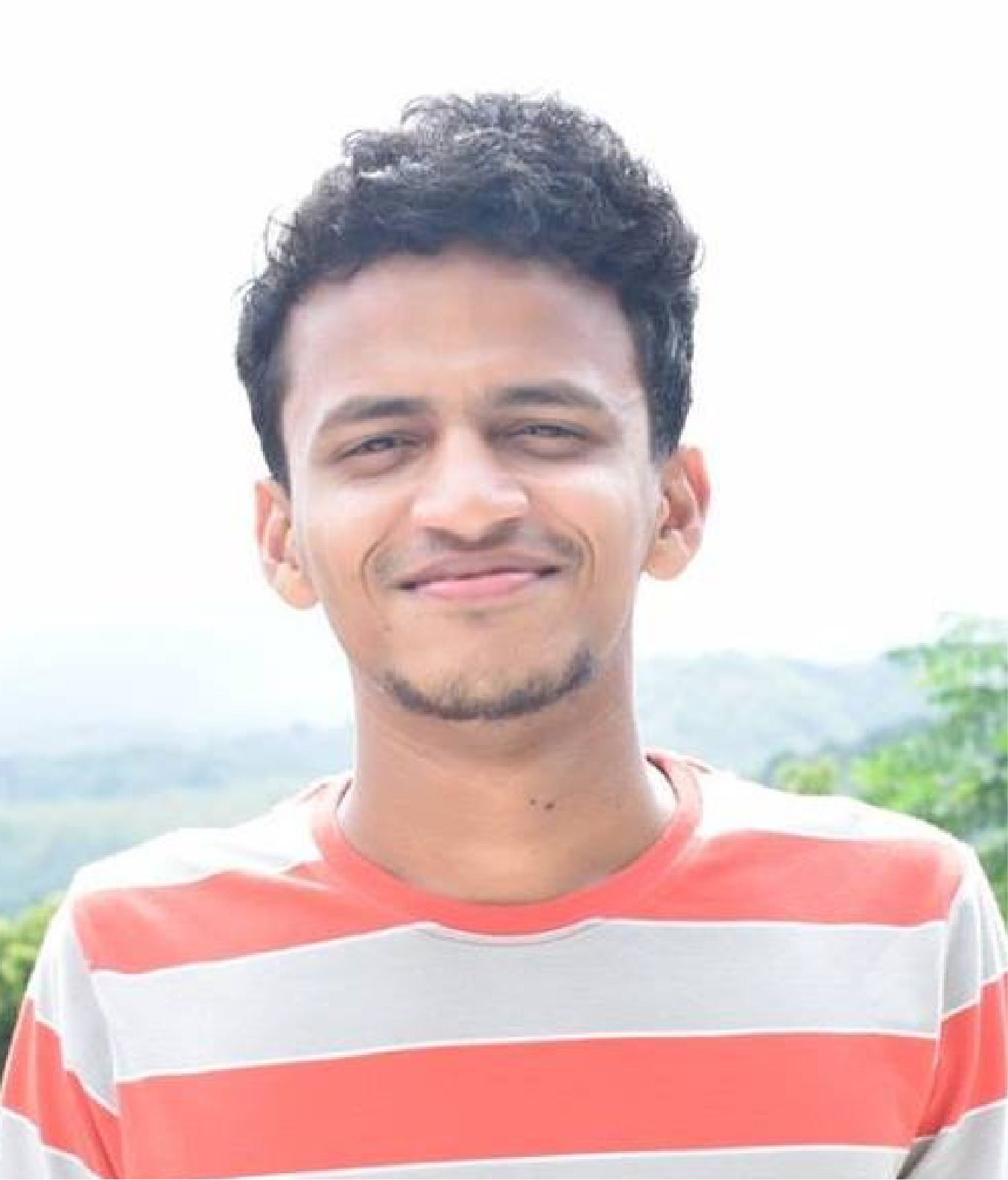 He completed his BS MS dual degree with major in chemistry from IISER Thiruvananthapuram (IISER TVM) and has been working on scientific illustration and animation projects for the past 6 years at IISER TVM and IISER Pune. 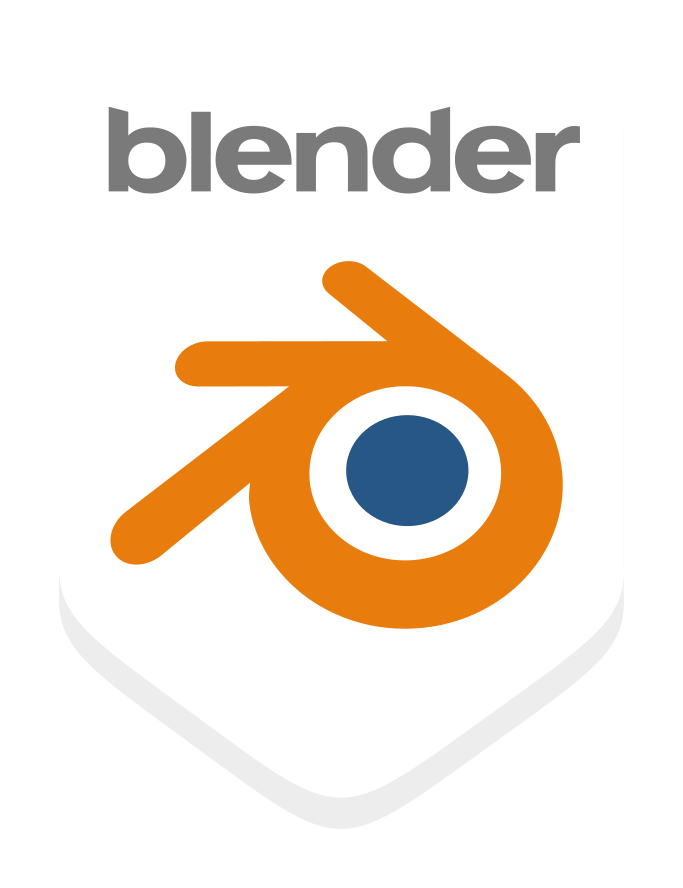 1) Your computer should support Blender. (Go to blender.org and install Blender)

2) Having a mouse is a must to use blender. It will be difficult to use blender with laptop mouse trackpad.
3) A good internet connection
4) No prior experience or knowledge required. Beginners are welcome to apply
Enroll Now

This was a really intresting workshop where I was able to learn the basics of Blender with fun live sessions and easy to do projects. The individual feedbacks were a lot helpful and I enjoyed working on the illustrations. 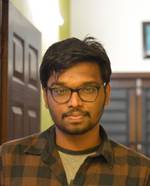 I always wonder about the process of making beautiful scientific figures, TOC, and cover images. With the basic knowledge about the blender, I got the opportunity to attend the workshop conducted by Rafeeque. This workshop experience gave me additional confidence to make my own Angewandte Chemie cover image by myself. Thanks to Rafeeque for this wonderful experience. 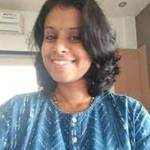 .
This course has helped us to get started with the basics of 3D illustration using the freely available software "Blender". With the help of small projects we were taught how to design our own 3D illustrations. Suchitha from SciRio and Rafeeque were always there to help us with the technical problems that we were facing. Overall it has been a superb experience to be a part of this course and to observe and learn how each one approaches the same project differently.
I would suggest that whoever wants to get a feel of what 3D  illustration (scientific) looks like, should go for this course. 😊 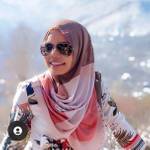 Scidart workshop has been one of the best science illustration blender workshops I've ever come across!!! The trainer, Mr Rafeeque, is a wonderful and passionate illustrator professional, that provides step-by-step systematic teaching in all of his tutorials! The numerous techniques, wonderful key-pointers, fast replies to our queries and constructive advice provided during the creation of beautiful science illustration examples has truly benefitted a beginner like myself and further value-add in my professional development as a postgrad student writing manuscripts. Thank you so much, Mr Rafeeque!!! A truly unforgettable inspirational workshop! 🌟🌟🌟🌟🌟😍

This workshop was practical, informative, and fun! I can't wait to start using the skills I gained from the workshop in my own science illustrations!

Thank you so much for the wonderful opportunity, Sci Rio. It was indeed a knowledgeable session and much gratitude to Rafeeque for that.
For the last one year I have been focusing more on 2D illustrations, assuming that 3D on blender would be too much for a budding illustrator like me. But this workshop not only just guided me through the simplest ways but also helped me built confidence to work more on it. I am very happy to say that I could design my first cover just one week after the workshop  and I would love to recommend the session for my peers as well. 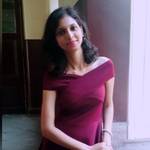 It was an amazing experience attending the foster “Welcome to the World of 3D Illustrations using Blender” organized by SciRio. Ever since I started illustrating, I had restricted myself to creating 2d illustrations, thinking of blender to be a bit complicated software to understand. But, creating 3D illustrations by following the precise and easy-to-understand tutorials by Rafeeque sir has indeed given me the confidence to work with Blender. Really excited to explore the software and create more interesting scientific 3d illustrations and animations! 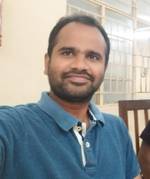 As an RF research scholar with little idea on "Blender", this workshop has tapped the potential benefits of good illustrations to my research articles. Incorporeal nature of electromagnetics could greatly utilize a powerful design tool like "Blender" to make lucid designs. My heartful thanks to Mr.Rafeeque Mavoor and 'SciRio' for this wonderful experience. 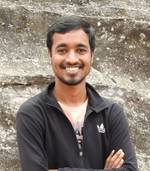 Will this be live or pre-recorded?

It's going to be combination of live sessions and pre-recorded videos. You can finish the projects by following learning materials on our learning platform

Can I get the recordings of live sessions ?

Yes. Recording of live sessions will be shared. All videos will be accessible one week after the workshop

Would there be any certificate on completion?

Yes, you will receive a certificate of completion, if you submit both projects in time successfully.

When does the workshop start and what are the timings?

You can get all the details related to the timings and dates of the workshop above.

What is the time zone?

It is IST(Indian Standard Time).

I made the payment, but didn't receive any confirmation email.

Write to scidartacademy@gmail.com and our awesome support team will solve your queries in the fastest time possible.

Thankyou @rafeequemavoor @ScidartAcademy organising this amazing workshop. This was my first introduction to @Blender and I am so happy that I am starting this journey in science illustration.
Your guidance was so easy to follow and also was a huge inspiration. #scicomm #sciart pic.twitter.com/uItrrQChg3

Yes! Once you submit your projects, you will receive certification for this workshop.

Receive a certificate signed by the instructor and bearing the logo of the institution to validate your accomplishments and improve your career prospects.

Use your certificate to boost your professional credibility and set yourself apart from the crowd! 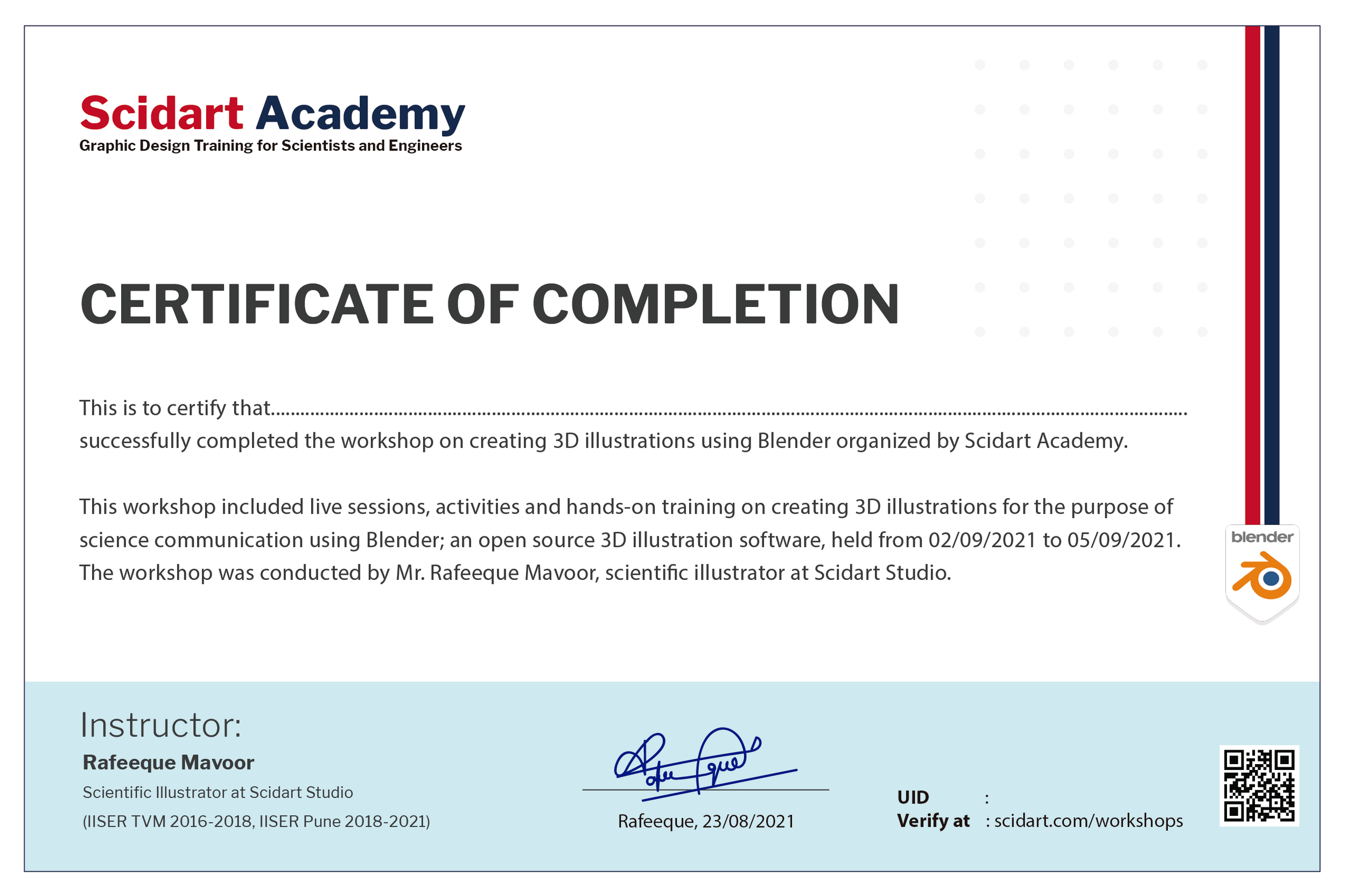 Learning Blender is a lifetime investment for a researcher like you! This will be a fun workshop! 🎉

Time Is Running Out. Grab Your Spot Fast!

For any support, please mail to scidartacademy@gmail.com